A lot of parents who use dummies 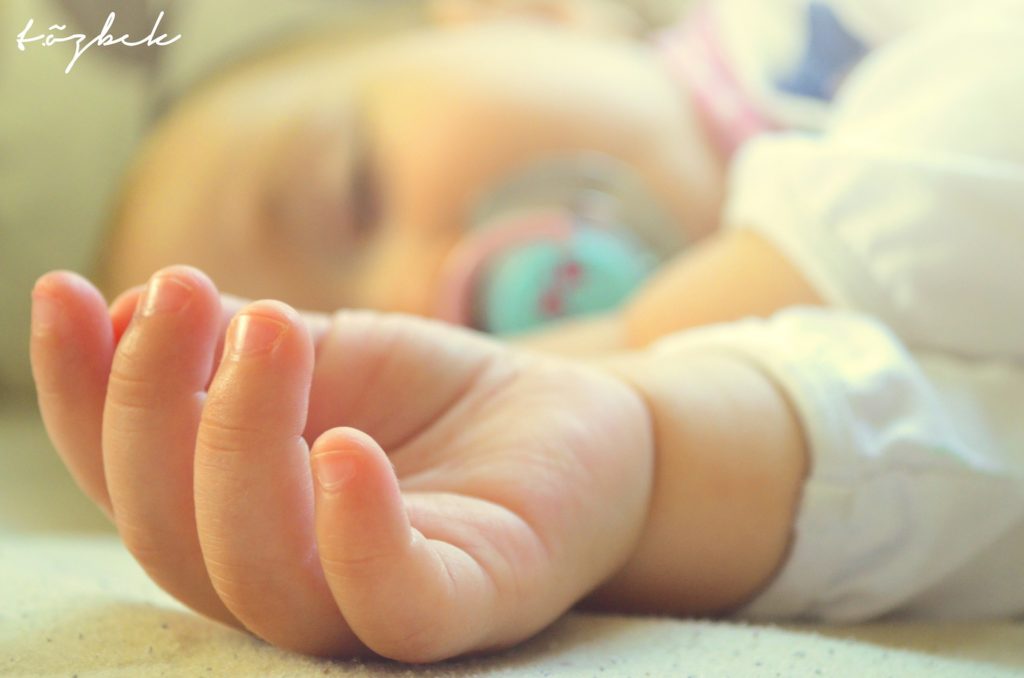 feel a twinge of guilt the first time they stick a dummy in their baby’s mouth (I certainly did!). Dealing with a screaming infant in the grocery line or on a long car trip will make most parents try just about anything to calm the child down! So are dummies bad news? or are they a god send?

The truth is, dummies often work.

Babies are born with the instinct to suck. They have limited means of expressing what they want and can’t let you know if they’re hungry, thirsty or in pain. Sucking soothes them and brings them comfort. This is why a baby will suck on just about anything you put in its mouth, whether it’s a bottle, breast, finger or toy. Dummies are great for soothing a young baby.

However, at a certain age, babies are more than capable of learning to self-soothe. A dependence on the dummy can cause long-term problems. So are dummies bad news? They can be.

Many experts agree that dummy use up until about age one is okay. Anything past age two, some issues can arise.

Here are some reasons you should consider ditching the dummy sooner rather than later:

Dummies interfere with the consolidation of night time sleep. If your baby uses one to fall asleep, she will most likely wake in the night and not be able to get back to sleep until she finds it. Even if your child isn’t bothering you to help, there are still times when it is causing a full wake-up for retrieval. While brief wake-ups are common in the night, when a child is dummy dependent, it often leads to fragmented sleep. This can make for a tired and cranky toddler the next day.

Pediatric dentists recommend eliminating dummy use completely by age four, and limiting it by age two. Once your child loses his baby teeth, his adult teeth can be permanently affected by sucking on a dummy. Over-bites and cross-bites can occur, which lead to problems with chewing, speech and appearance.

Studies are now linking dummy use with recurring ear infections. In fact, children who use dummies regularly are up to three times more likely to develop ear infections.

Around the age of one, kids enter into their speech development phase. This means they will start trying out sounds and words and will often babble to themselves and others while they learn this new skill. If they constantly have a dummy in their mouths, they might be less likely to practice talking.

Also, constant dummy use can make it harder for a child’s tongue and lip muscles to develop normally, according to Patricia Hamaguchi, a speech-language pathologist and author of ‘Childhood, Speech, Language, and Listening Problems: What Every Parent Should Know’.

So how do you convince your child to give up the dummy?

Some kids will start to phase it out themselves as they develop other coping skill, however, some won’t give it up without a fight!

Over a three-day period, you can start to wean your child off the dummy by telling him he can only use it in the house. Whenever you go outside the house, tell him it stays behind until you come back. Next tell him he can only have it during a period of time during the day. So for example, only for 30 min during his TV time. Tell him that on the third day, it will be time to say goodbye to the dummy for good. Then make sure you stick to the plan.

Be prepared for a few tantrums and tears, but don’t give in. I have found that parents are often far more worried about the idea of taking it away, than the actual reality of it. Most children are over it within a day or two.

So are dummies bad news? They are not all bad news it seems, but there is definitely a good time to use them and a bad time to use them. They should really only be thought of as a very short term tool for soothing your baby.

If you need help losing the dummy, or eliminating any other type of prop dependency, please visit my sleep packages page to book a sleep package that is right for you.