If you are reading this, chances are that you’re either in the midst of teaching your little one to sleep well; about to get started on a sleep plan; or thinking about starting one soon.

If that’s the case, it’s a good bet you’re very sleep-deprived yourself.

When we’re not getting enough sleep, we tend to be short tempered, easily agitated, and more likely to raise our voices and give into feelings of frustration.

In short, we’re likely to be a little stressed out.

There’s a lot to be said for keeping calm around our children. It goes well beyond making us feel like we’re good parents.

A 2014 study in Psychological Science, conducted jointly between researchers from the University of California, San Francisco, and New York University, separated Mothers and their infants for a brief period of time. Then exposed the mothers to some mild negative stressors.

Upon being reunited with their babies, the infants embodied the same negative stress their Mothers had experienced. It’s not known exactly how those emotions were transferred, however, even without being exposed to the stressor itself, the infants sensed that their mother was stressed and emulated those emotions.

A 2018 study from the University of California, Riverside, showed that parents who remained calm while helping their kids undertake a frustrating laboratory challenge, helped their kids to stay calm and focused as well.

Whether you’re stressed or calm, you’re probably passing those feelings onto your little one.

Your emotions are, quite literally, contagious.

Now, stress is a part of a parent’s life. There’s no avoiding it. Unless we’re blessed with some kind of superpower. We’re going to lose our cool once in while. I’m not suggesting you should beat yourself up in those moments. We obviously want to try to minimise those moments if we possibly can.

We’ve seen that stress permeates our kids, which stresses them out, which cranks up cortisol production, and there you have it.

Before you even start the process of teaching your baby to fall asleep independently, I recommend you get yourself into a head space where you commit to yourself that, no matter how tough things get, you’re going to try your absolute hardest to stay calm.

Practice some deep breathing exercises. Meditate. Do a little yoga. Whatever works for you! Anything you can think of to put you into a calm, tolerant, accepting state of mind.

If you’re working with a partner, I suggest you do all of this together. Discuss ahead of time who’s taking what shift so there’s no arguing during the night.

Remember! If things go as expected, most babies start showing huge improvement by around night three. Relief is just on the other side of that hill.

Sleep-filled nights are right around the corner!

Be patient, be calm, and it’ll all be behind you soon. 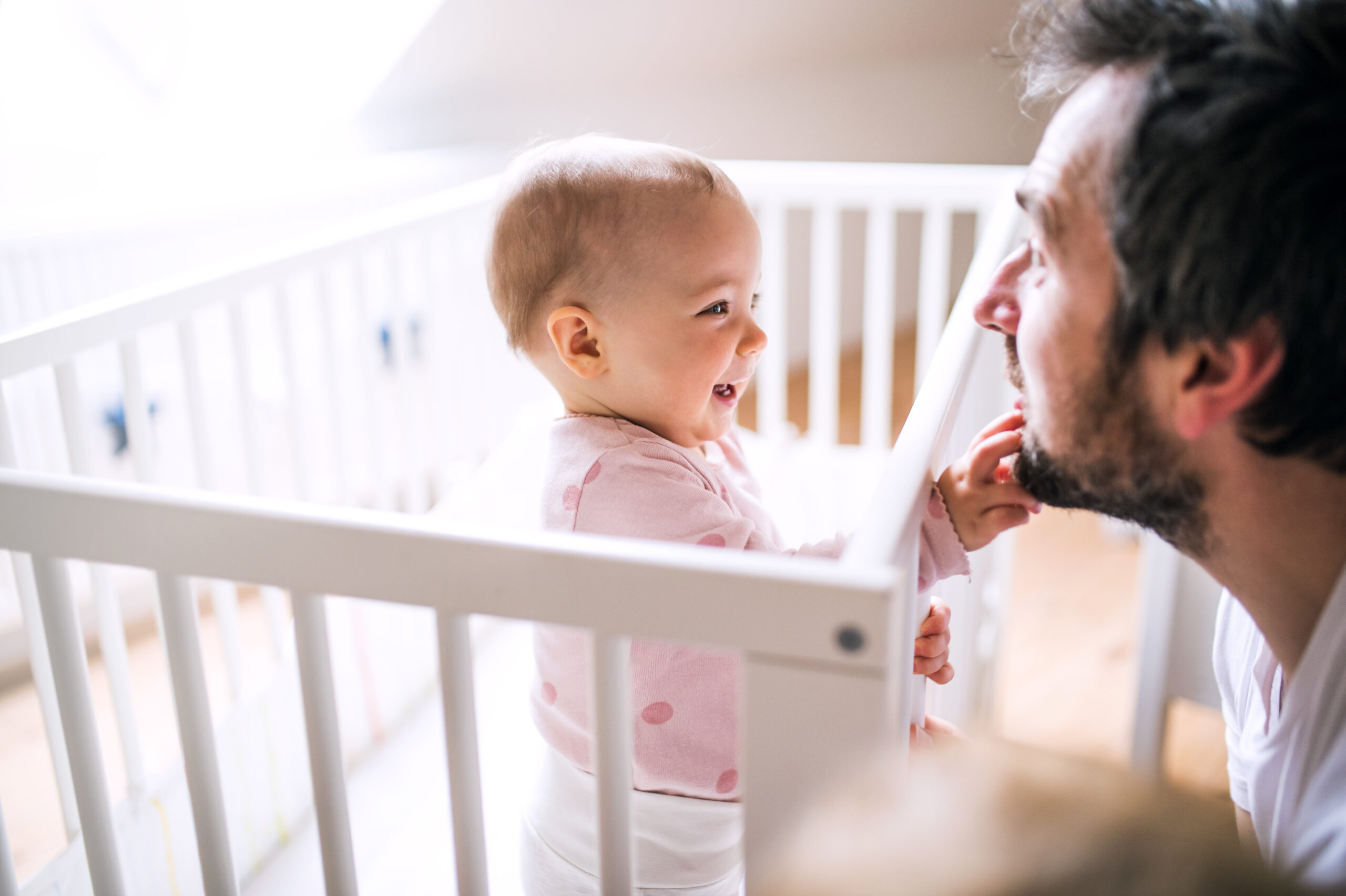