So you’re traveling with small children. Across several time zones. I salute you.

Traveling with small children is not a task for the weak-willed. 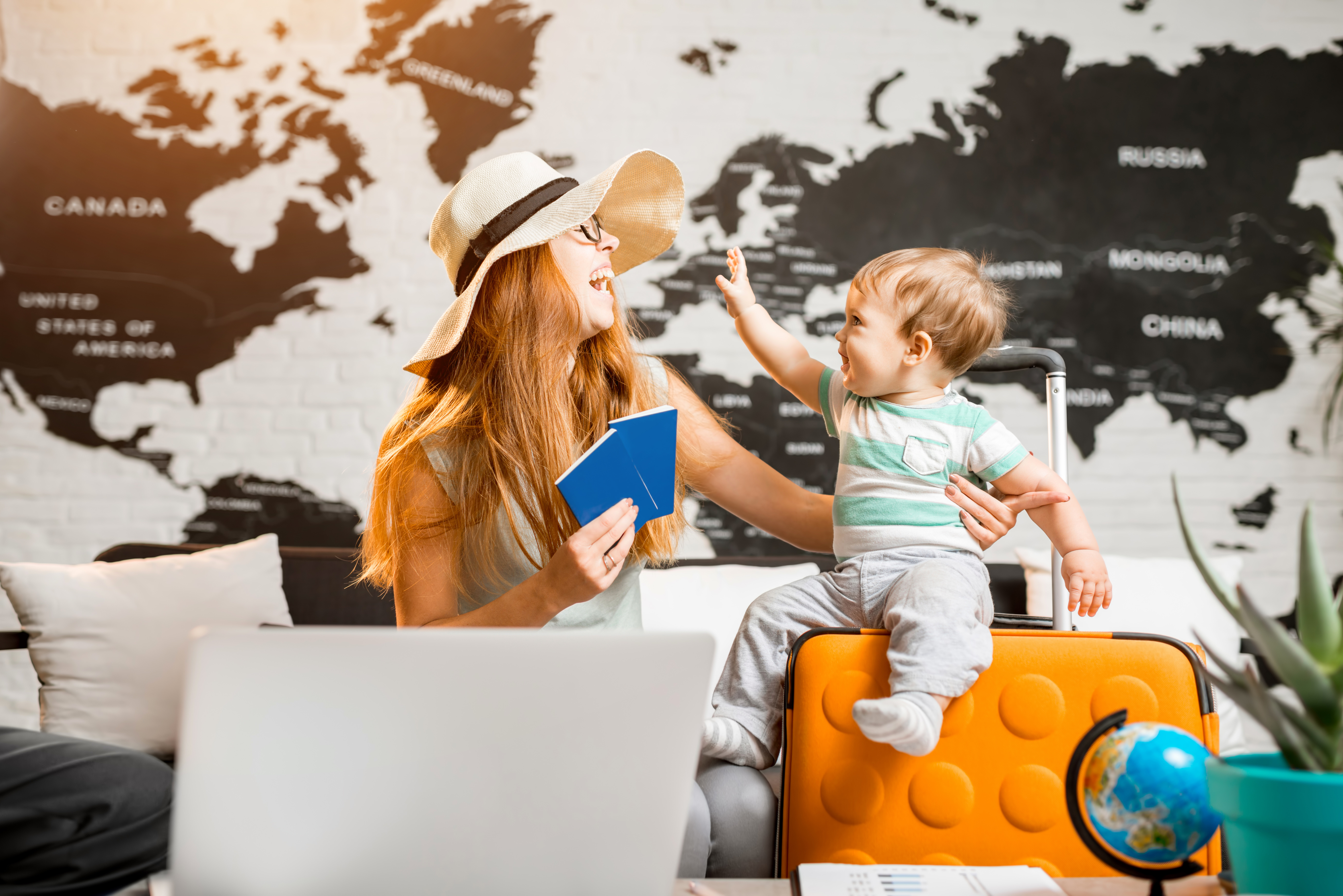 It requires courage and determination beyond that of the ordinary adventurer, but hey, we’re parents of little people, and that makes us the hardest of the hard core, right?

We’re not going to stay chained to our homes for five or six years waiting for our babies to reach an age where they’ll be more conveniently portable. We’ve got a world to explore and our babies are coming with us.

Before you set off, I want to arm with all the information you need to maintain those sleep skills you’ve been working so hard to develop. I’m a sleep consultant after all, so sleep is what I tend to focus on!

So how do we maintain good sleep habits while we’re traveling?

If we’re crossing time zones, how do we deal with the inevitable complication of jet lag?

Some of us like to envision this scenario where we jump on the plane when baby’s already asleep, and they just magically sleep through the entire flight, arriving fresh and rested and ready for the upcoming adventure. 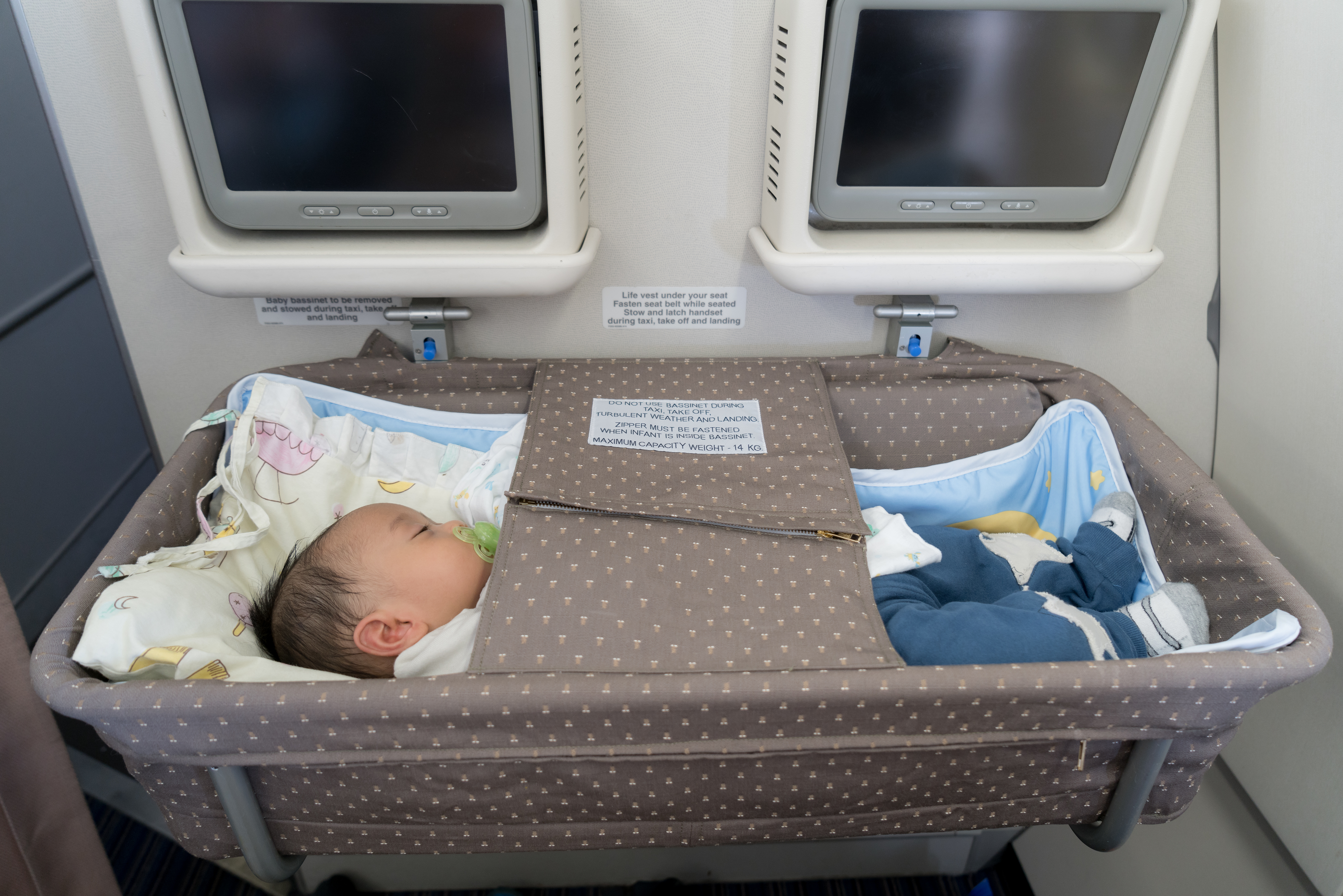 It may have even happened once or twice in human history, but the odds are overwhelmingly against it.

It’s much more likely that you’re both going to have an awful night and arrive frazzled and seriously overtired.

Catch a daytime flight and hope for a decent nap or two on the way. You’re all going to arrive with a bit of a sleep debt anyways, since motion sleep isn’t nearly as restful as what we’re used to, but that can actually help you get your baby adjusted to the new schedule.

Given the special circumstances surrounding travel, I think this is one of those rare times when it’s OK to give in to their demands. If they want to watch seven straight hours of Bluey, I say that’s fantastic. Be sure to pack your carry-on with a stash of toys, snacks, books and more. Whatever they ask for, hand it over.

The only real exception here is not to feed the children a bunch of sugary snacks. That can result in a big old crash when they come down from that high, and that’s going to make sleep that much harder. Offer plenty of fruits and vegetables, and make sure you keep them hydrated.

It’s probably going to mean a bunch of toilet breaks, but trust me, it’s worth it. Jet lag symptoms go way beyond sleep. Constipation and diarrhea are two of the most common so maintaining proper hydration is crucial.

3. Is it worth altering the schedule?

If you’re traveling for less than five days, it’s probably not worth making adjustments to baby’s bedtime, regardless of the time difference.

Experts say that jet lag lasts, on average, for about a day for every hour of time change. If you’re taking a four day trip and you’re looking at a six-hour time change, it’s hardly worth getting baby fully adjusted to the difference just to turn around and have to do it all over again once you get home.

If, however, you’re going to be gone for longer than five days, then you’ll want to adjust to the new time zone as quickly as possible.

Luckily, our bodies have an inherent ability to adapt to new time zones based on the light/dark cycle, so you’ll have nature working on your side. So on night one, straight into the new time zone. It might not be a seamless transition, but we’ll work on that.

4. Stick to your bedtime routine.

Bedtime routines are about more than just getting into comfortable clothes and cleaning teeth.

A predictable bedtime routine sends signals to the brain that sleep is just over the horizon. The brain start preparing for it by firing up the melatonin production, relaxing the muscles, and slowing down mental activity.

Whatever your baby’s bedtime routine is at home, stick as closely to it as you can.

A completely dark room is one of the best tools you’ve got for helping them get to sleep and stay asleep. So do what you can to black out those windows for the hour leading up to bedtime.

5. Sunlight’s on your side.

As much as we don’t want any sunlight getting in the room while baby’s trying to sleep, we want a stack of it when they’re awake.

Getting a significant amount of sunlight during the day charges up our melatonin production and helps get the circadian rhythm adjusted quickly to the new time zone.  Getting outdoors during the day will work wonders in helping your children sleep well at night.

Even in the best case scenario, baby’s still going to be needing a little more sleep once you get where you’re going. So an extra nap (ideally under an hour) can really help counteract the overtiredness that comes after a long flight.

Just remember to leave enough space between waking up from her last nap and bedtime so that there’s time for fatigue to build up in the interim.

Let’s say you’ve got an 8 month old and your usual bedtime is 7pm. You’ll want to get her up from her last nap of the day around 4:30pm the latest. This will ensure she is sleepy enough to go down for the night once bedtime comes around. For an older child still having a day nap, keep any extra nap super short and ideally not past 3pm.

Remember to pack favourite PJs, lovey, blanket, pillow, and so on. Once your child is asleep, it will help them to stay that way if their surroundings are similar to the ones they’re used to. If you don’t usually share a bed with your little one, don’t start now. Let me just repeat that.

Do not bed share while you’re traveling unless you want to bed share when you get home as well.

Babies, and toddlers alike, get attached to this scenario in the blink of an eye. Once they’ve gotten attached, they can be seriously tenacious about sleeping in their own bed.

8. Remember who you’re dealing with. 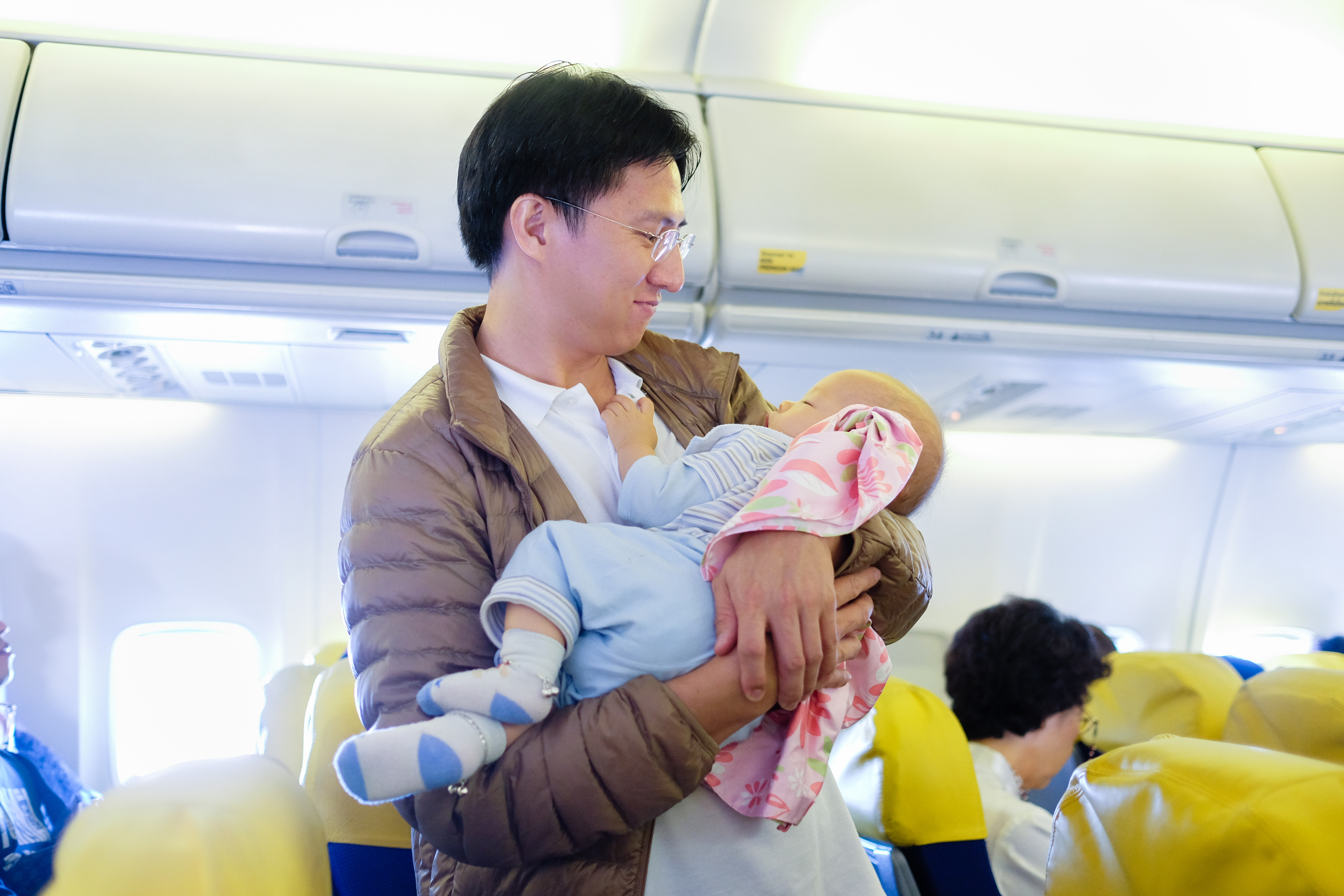 Nobody thrives when they’re sleep deprived. Kids are no different.

We’re all going to be a little grumpy and short-tempered once that plane lands, but you’re the adult here and it’s up to you to keep everything on an even keel, even if your child starts melting down.

As I mentioned earlier, it takes about a day to adjust for every hour of time difference. So it’s going to require patience and consistency on your part to get them over the hump.

Keeping your cool will help your child adjust quicker.

The sooner you’re all accustomed to the new time zone, the sooner you can all get on with enjoying your trip.

Traveling with small children doesn’t have to be a nightmare. Being prepared can help you in spades!