The last year has brought about some significant challenges for pretty much every single person in the entire world.

With the number of lock downs and restrictions, physical activity may have reduced, and as a result impacted your child’s sleep.

Without minimising the struggles of others, I feel like parents of young children have been impacted in very unique and challenging ways. I know we have.

We’re all familiar with the old adage, “It takes a village to raise a child” and even though the makeup of that village has changed significantly over the years, it is still as true as it ever was. Back in the day that village might have been your neighbors and relatives, but play groups, day cares, dance classes, football leagues, and other organised forms of social interaction have taken place for a lot of parents.

Or at least they did before all of this COVID showed up.

This Pandemic has presented parents of young children with several obstacles to overcome. 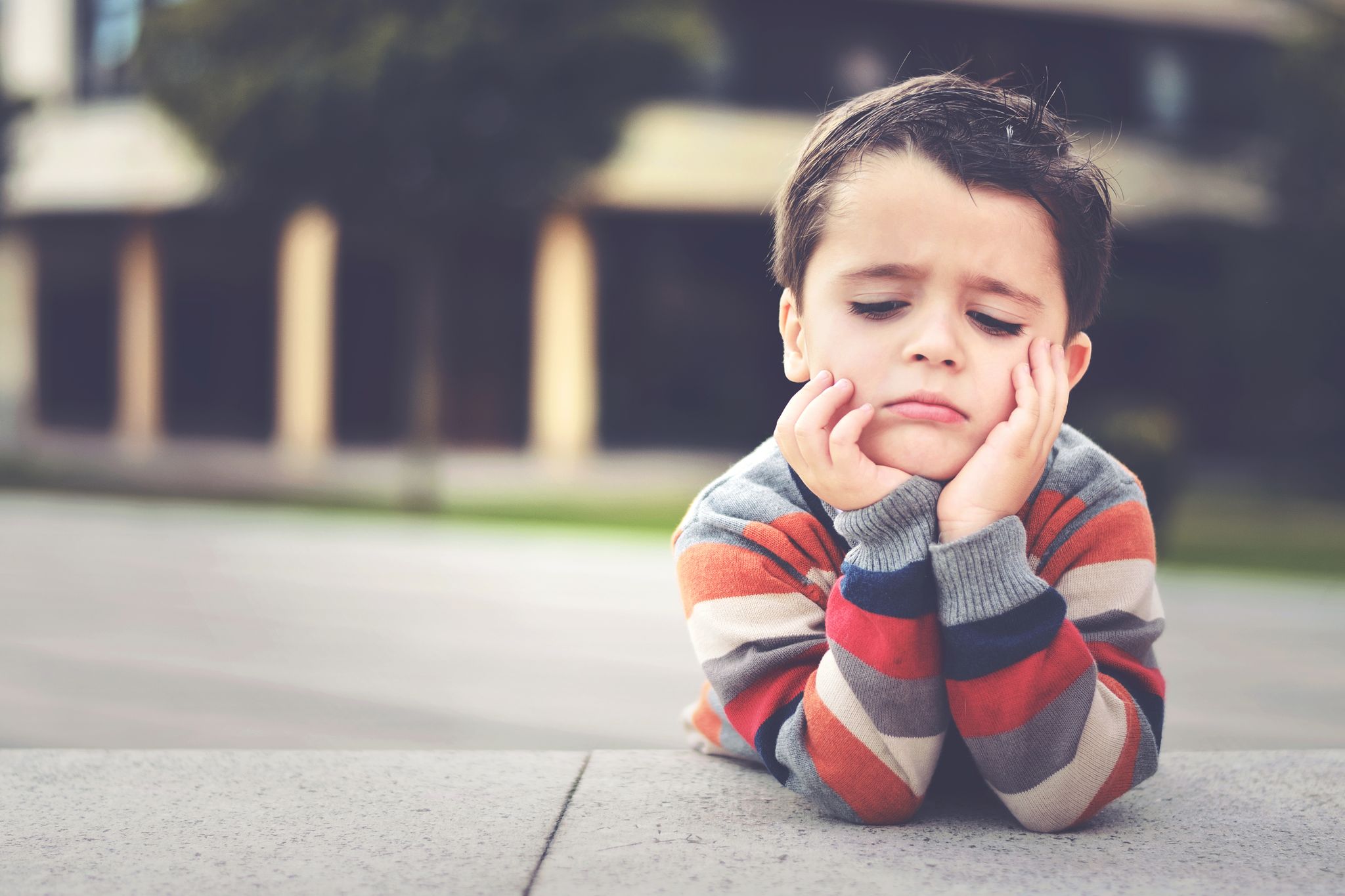 With me being a sleep expert, I am going to focus on what I know best.

Personally for me, there’s no way I can keep up with my little ones on a physical level to the degree that another child can. Kids have so much energy! The best way for them to burn it off, in my opinion, is by playing with other kids.

With the restrictions on public gatherings and playgrounds, most of us are locked out of the usual meet-ups we typically rely on to get our kids some exercise, including school.

Without those play dates and playground time, they’re likely not getting nearly as much physical activity as they used to.

So what impact does the decrease in physical activity have on your little ones sleep?

It’s a commonly-held belief that getting a lot of physical activity helps people sleep well at night. Evidence certainly supports that theory.

A 2009 study from the Department of Pediatrics at the University of Auckland found that every hour of sedentary activity during the day resulted in an average of 3.1 minutes more in sleep latency (the time it takes to fall asleep). Higher rates of activity resulted in less sleep latency. The formula they used to come up with the times is a little trickier to follow (—1.2 minutes per 102 movement count per minute, p = 0.05, for you scientific types out there).

Those numbers might not seem astounding. However, over a few nights, this can actually result in a bit of a vicious cycle.

Your child isn’t getting a lot of exercise during the day. Therefore, they have a slightly harder time falling asleep at night.

You can see how this can start to spiral out of control pretty quickly.

Another commonly-held belief is that once we get really tired, we tend to fall asleep earlier to compensate. A lot of people are surprised to learn that overtiredness actually has the opposite effect.

Our brains fire up our cortisol production in an attempt to provide energy for whatever emergency we’re staying awake for, making it even more difficult to fall asleep.

So with all of that in mind, here are a few suggestions for some fun activities to keep some physical activity in your days.

My personal favourite. The favourite of a lot of kids as well. Throw on a YouTube video of a Kids Zumba routine and let your little one go to town. Dancing is a great physical activity that can be done anywhere. It’s fun and can really benefit your child’s sleep. 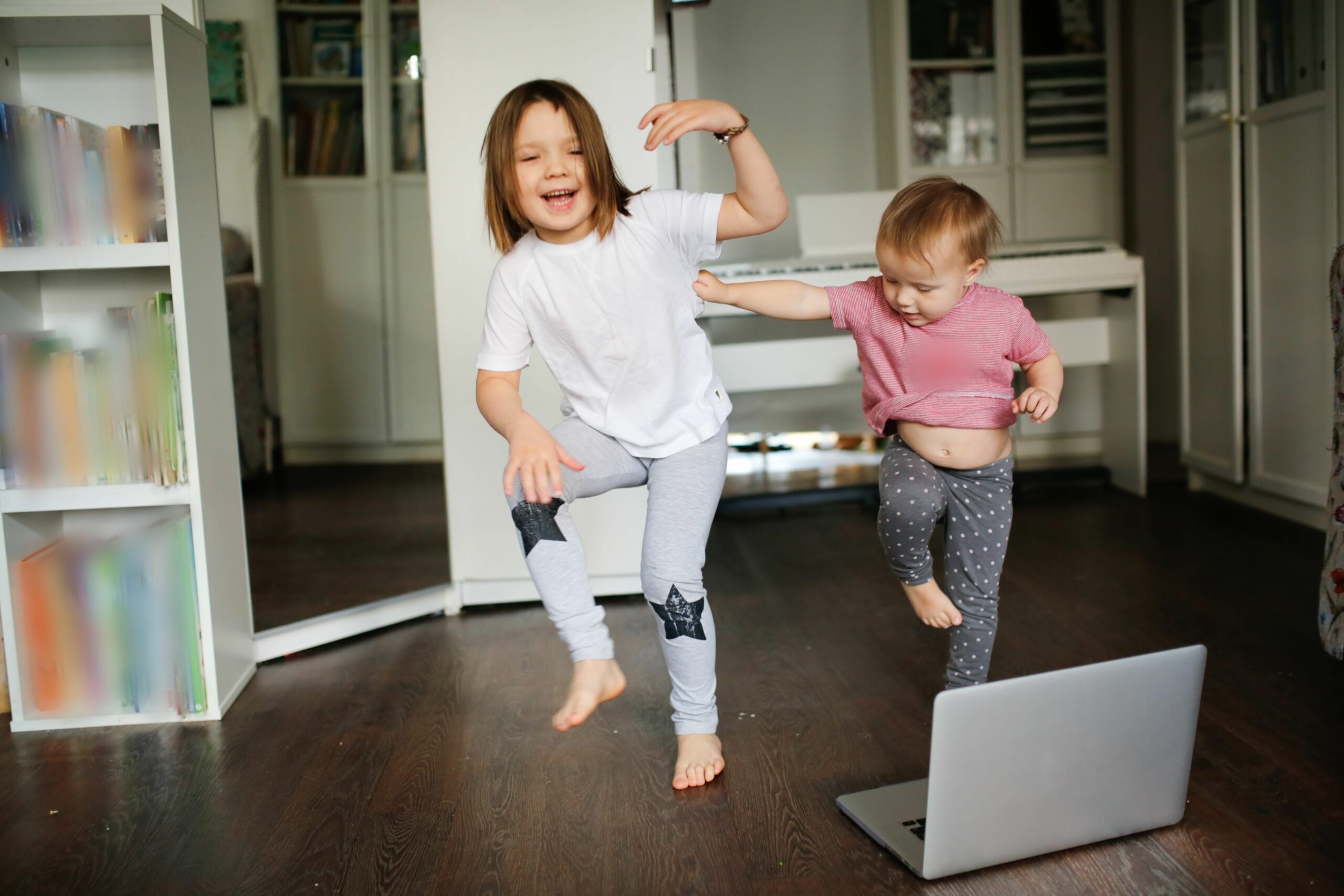 When it comes to socially distanced outdoor exercise, you can’t do much better than the good old fashioned bike ride. Kids have to pedal faster and harder than adults to keep up the same pace. So you can hopefully burn off their energy around the same time you’ve hit your limit. Plus the changing scenery will help keep both of your minds off the fact that you’re exercising. 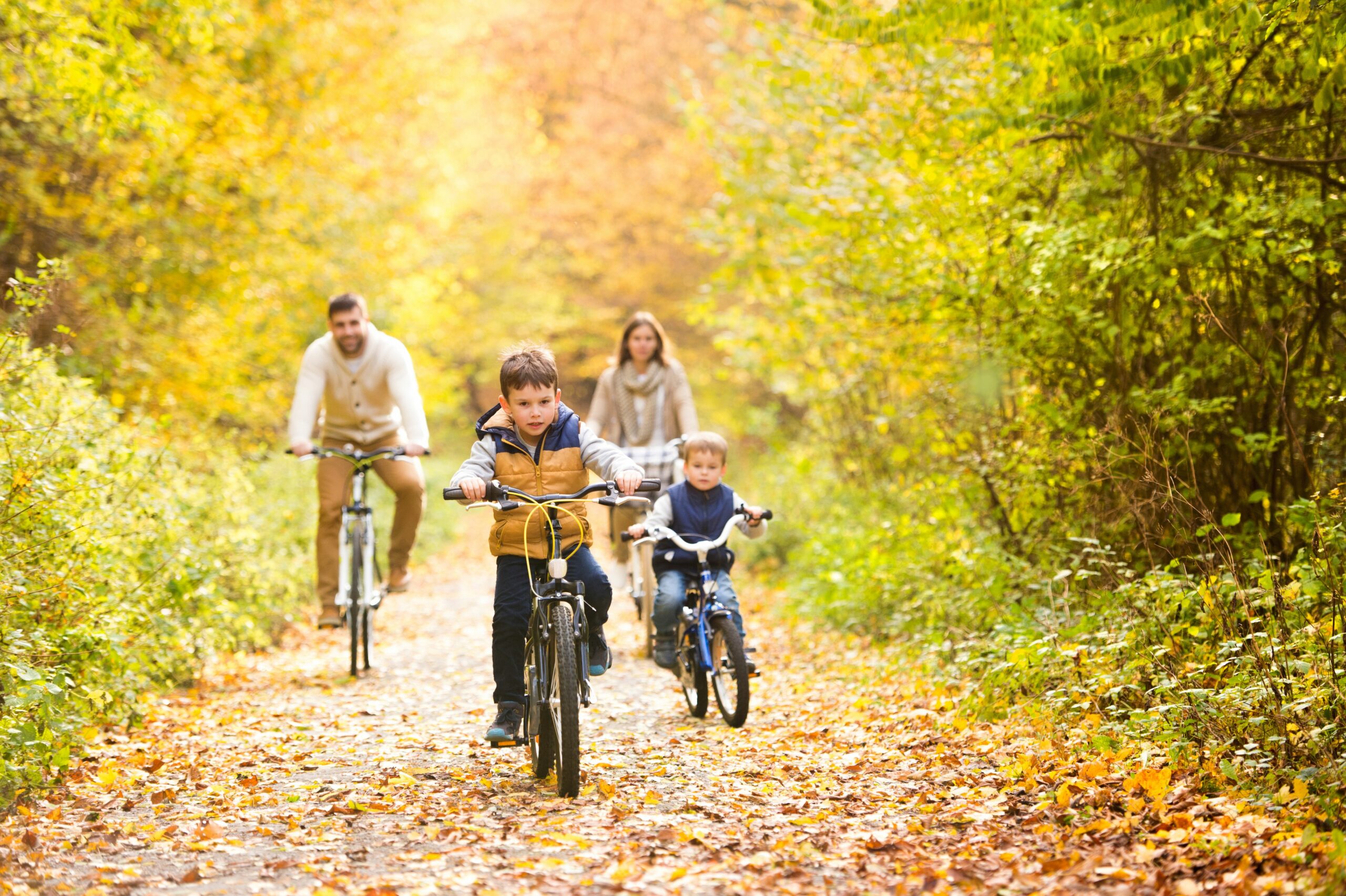 Kids can absolutely do yoga, and a lot of them actually love it! They’re naturally flexible so they’re able to get into a lot of poses their parents can’t which is always a thrill for them. Counting how long they can hold the poses gives them a goal to work towards, and practicing mindfulness and serenity is something that’s beneficial for people of any age.

Yoga as a physical activity can also help calm the mind and improve your child’s sleep. 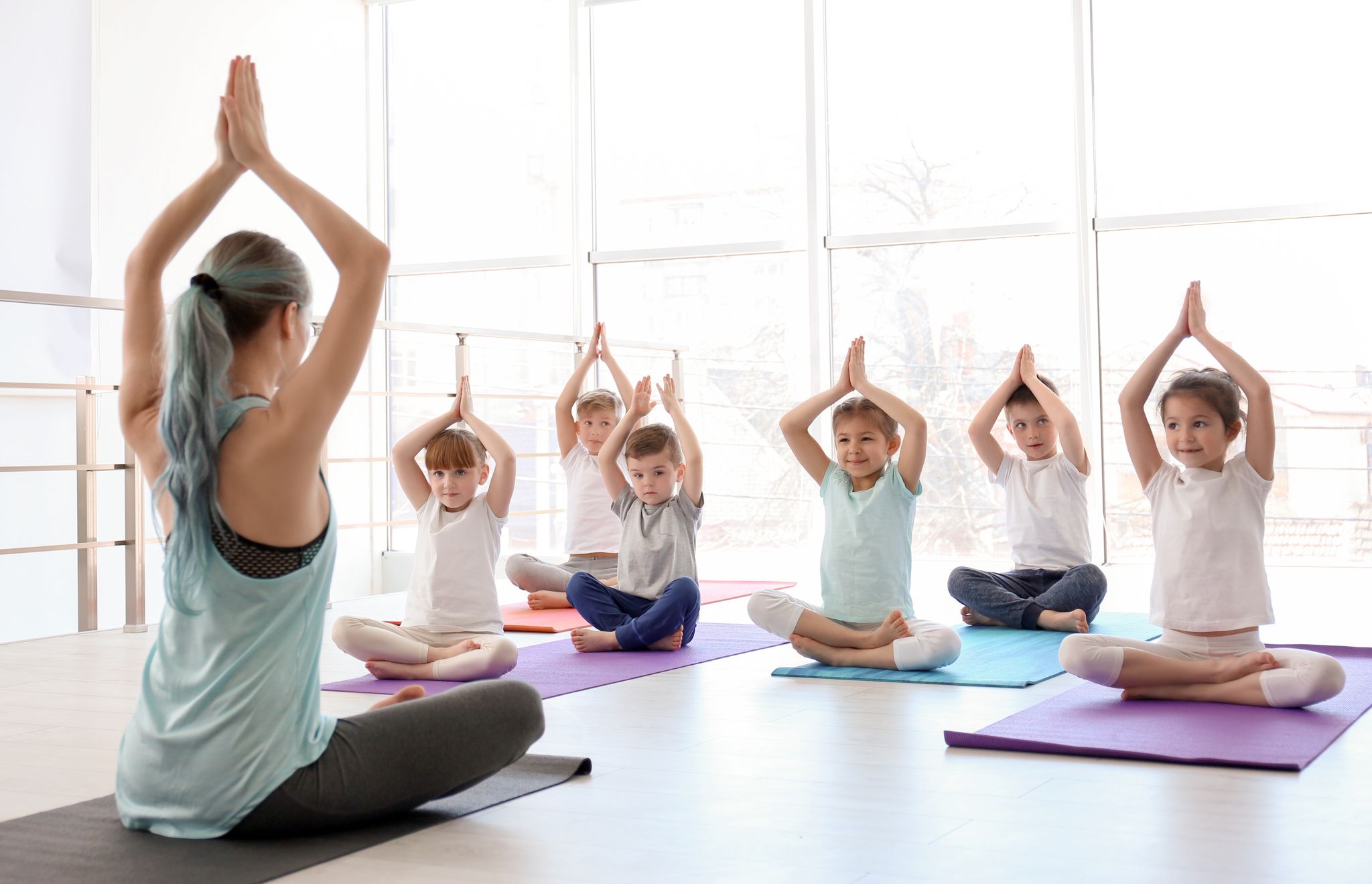 This one requires a bit of an investment. I know that some parents think that video games and exercise are polar opposites, but the Nintendo Wii is a different beast. The sports games actually involve a significant amount of movement. When it comes to keeping kids engaged this guy is the heavyweight champ. 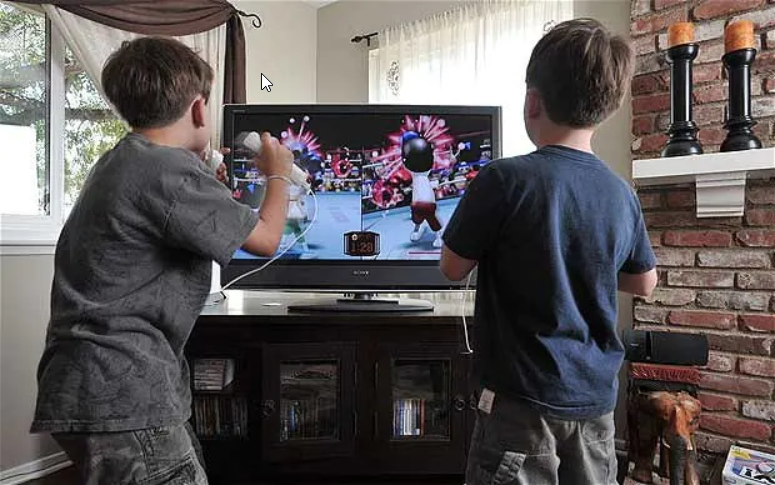 An active lifestyle for our children (and us!) benefit us with our sleep, mood, and overall well-being. It is worth making the effort to keep physical exercise going whilst we are locked down, even when it’s the last thing we feel like doing. I should probably get up from the computer now!